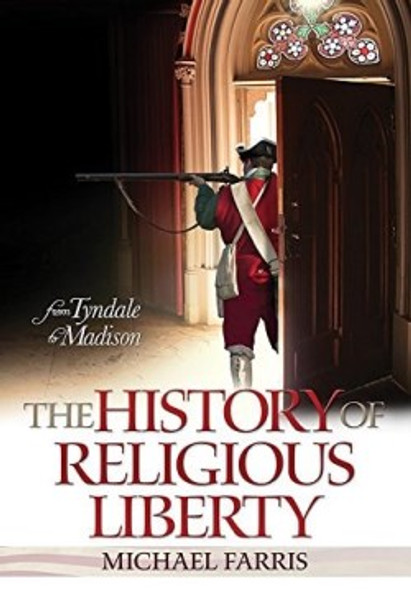 Early American advocates of freedom did not believe in religious liberty in spite of their Christianity, but explicitly because of their individual faith in Christ, which had been molded and instructed by the Bible. The greatest evidence of their commitment to liberty can be found in their willingness to support the cause of freedom for those different from themselves. The assertion that the Enlightenment is responsible for the American Bill of Rights may be common, but it is devoid of any meaningful connection to the actual historical account. History reveals a different story, intricately gathered from the following: Influence of William Tyndale's translation work and the court intrigues of Henry VIII Spread of the Reformation through the eyes of Martin Luther, John Knox, and John Calvin The fight to establish a bill of rights that would guarantee every American citizen the free exercise of their religion. James Madison played a key role in the founding of America and in the establishment of religious liberty. But the true heroes of our story are the common people whom Tyndale inspired and Madison marshaled for political victory. These individuals read the Word of God for themselves and truly understood both the liberty of the soul and the liberty of the mind. The History of Religious Liberty is a sweeping literary work that passionately traces the epic history of religious liberty across three centuries, from the turbulent days of medieval Europe to colonial America and the birth pangs of a new nation.
SKU (ISBN): 9780890518687
Author: Farris, Michael
Binding: Trade Paper
Publisher: Master Books
Published: 04/15
View AllClose

The History Of American Liberty DVD

MSRP: $34.99
Now: $27.99
Was:
Compared to other countries in the world, Americans enjoy an astonishing range of freedoms, including a broad range of rights related to religion. With Christian churches dotting almost every corner...

MSRP: $15.99
Now: $12.79
Was:
Reveals why the popular idea of the Enlightenment being at the heart of the Bill of Rights is simply wrong Takes an unflinching look at persecution of the Church as part of well-researched...