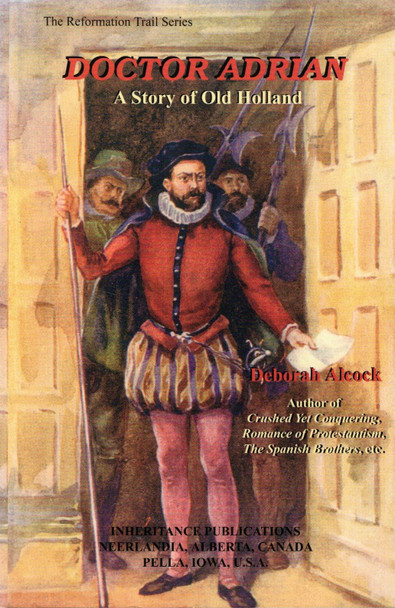 A Story of Old Holland

Doctor Adrian was a scholar living in quiet seclusion in Antwerp, the Netherlands, until a fugitive Protestant preacher and his daughter Rose sought sanctuary in his rooms. Before he knew it, he became involved with the Protestant cause, and eventually embraced it in theory. When the persecution of the Reformed was stepped up, Doctor Adrian made the dangerous journey to Leyden with his family. They survived the siege of Leyden, along with Adrian's sister Marie. When the siege was lifted by the fleets of William of Orange, they moved to Utrecht. Doctor Adrian's faith in the Reformed religion died when he experienced the loss of some of his loved ones, but a new faith in the Author of that religion took its place.

This is a tale of a doctor and his contact with William, Prince of Orange, and of his spiritual journey.

The Life of God in the Soul of Man (Hardcover)

How to Pray - Paperback

MSRP:
Now: $4.99
Was:
Known during his lifetime as a great prayer warrior, RA Torrey is eminently suited for this instruction. In a plain, easy style, he lays out all the functions of prayer for both public and private...

Blessed is the Nation, by Walter Allan Yoho

Mama Prayed For Me CD

Rome's Responsibility for the Assassination of Abraham Lincoln [2-in-1]

MSRP:
Now: $12.00
Was:
Reprints of books that were written when original source material on the Assassination of President Lincoln was readily available.  The books are reproduced with as little editing as possible...

MSRP: $11.99
Now: $9.59
Was:
Rated PG In 1973, a spiritual awakening captured the heart of nearly every player of the Woodlawn High School Football team. A gifted high school football player must learn to boldly embrace his...