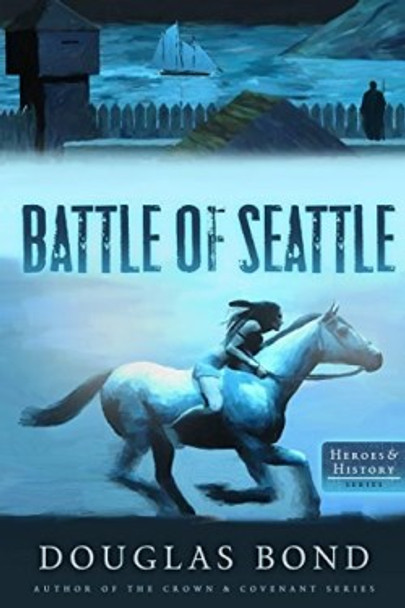 "There's miles between us and the fort, miles of wild country filled with Indians eager to cut our throats." It's 1855, and tensions in the Pacific Northwest between white settlers and native tribes have led to scores of deaths on both sides. As all-out war seems inevitable, young William Tidd, an express rider for the militia, joins Charles Eaton's Rangers on a mission to hunt down Chief Leschi of the Nisqually. If they can stop him, they may be able to end the bloodshed before it escalates further, but it soon becomes clear that not everyone wants peace with the enemy. Through skirmishes, raids, close calls, and betrayal-William's assumptions, beliefs, courage, and friendships will all be challenged in a few breakneck weeks.
SKU (ISBN): 9781596387492
Author: Bond, Douglas
Binding: Trade Paper
Publisher: P & R Publishing
Published: 10/16
View AllClose

MSRP: $13.99
Now: $11.99
Was:
Songs Include: Battle Cry I've Never Seen The Righteous Forsaken He Took Away My Burden Oh Yes I Am Cross Of Grace Beautiful City I Know It Should Have Rained Faith Come And Dine Here I Stand Amazed...

The Battle Over Baptism

MSRP:
Now: $6.95
Was:
Baptism is NOT essential for salvation! A study of nine New Testament "water passages" shows why! An important part of Christ's Great Commission is "baptizing them in the name of the Father, and of...