Revolution is Not a Dinner Party 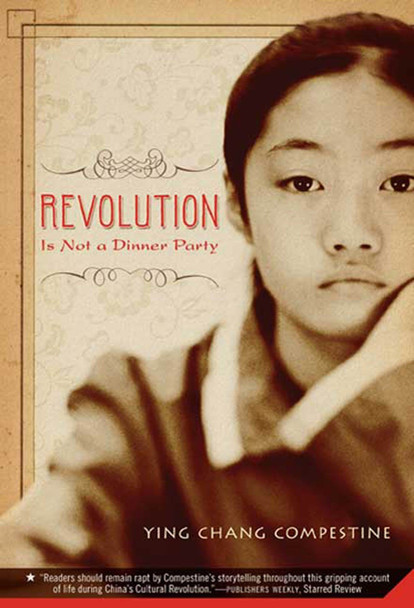 Revolution is Not a Dinner Party

The summer of 1972, before I turned nine, danger began knocking on doors all over China.

Nine-year-old Ling has a very happy life. Her parents are both dedicated surgeons at the best hospital in Wuhan, and her father teaches her English as they listen to Voice of America every evening on the radio. But when one of Mao's political officers moves into a room in their apartment, Ling begins to witness the gradual disintegration of her world. In an atmosphere of increasing mistrust and hatred, Ling fears for the safety of her neighbors, and soon, for herself and her family. For the next four years, Ling will suffer more horrors than many people face in a lifetime. Will she be able to grow and blossom under the oppressive rule of Chairman Mao? Or will fighting to survive destroy her spirit and end her life?

Revolution is Not a Dinner Party is a 2008 Bank Street - Best Children's Book of the Year.

Chaplains and Clergy of the Revolution

MSRP:
Now: $12.00
Was:
8.5 X 11 inches 112 pages describing the vital contribution of the Christian religion to the American War for Independence, with special emphasis on the Christian ministers and chaplains who...

Baptist Patriots and the American Revolution

MSRP:
Now: $8.00
Was:
This book, originally published in 1876, tells how Baptists gave feet to their zeal for civil and religious liberty. Read about Baptist statesman John Hart, a signer of the Declaration of...

MSRP:
Now: $15.99
Was:
Patch and the crew visit some key Bible events as they travel through time with Professor Lambourghini and his time-traveling car, the Tin Lizzy. Along the way, they help a young genius learn the...

Timeline Of The Revolution (Teacher Guide)

MSRP: $14.99
Now: $11.99
Was:
Many committed their lives, fortunes, and sacred honor to build the foundations of freedom we have inherited. It is essential for students to understand this crucial period in our nation's history so...

Science in the Scientific Revolution (Textbook)

MSRP:
Now: $39.00
Was:
Science in the Scientific Revolution is an engaging, exciting, hands-on, multilevel elementary resource that is the third in a planned series of books by Dr. Jay Wile. Introducing scientific concepts...